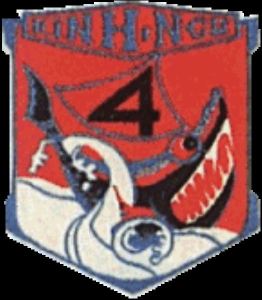 Letter from a former soldier of my unit:

It’s been forty-four years since December 31, 1964, when I suddenly received a long letter from a former soldier of an old unit who was a Reserve Non-Commissioned Officer serving in the Marine Corps, from May 6 in 1963 to the end of 1966. I'm surprised and very moved when reading the true heart of his bitterness. The following are excerpts from the letter from a former soldier of my unit that I think will cause us to reflect:

Happened to read your address in “Dac San Da Hieu” issue at a friend's house, I would like to contact you, also my commander in the past (6/1963), am getting old and wanting to look back at a few memories of the past and I wonder if you accept it? 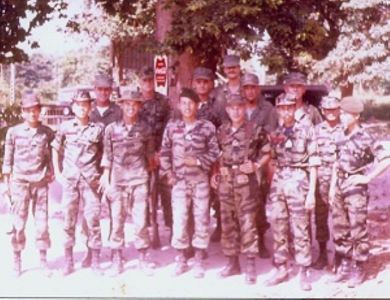 I remembered the personnel at the time, after you were injured then, Vo Kinh had become your replacement, it had been 43 years, recalling the past, is long time ago? I wonder if you love to hear about life in the past of the army? People say old people often think about the past, at our age to think of the future then we do not know where to start. Regret the past is for those with higher authority, enjoying many perks, but now they do not have it anymore, so they are remembering the golden days, while all those with the subordinate status are as pawns on a chessboard... are able to move back and forth, and be sacrificed as needed. For the pawn then it can only go forward but not backward. Its life and death is depending on the game played whether he/she is smart or not?

I was a NCO serving his country during war time, I had served three and a half years in the Marine Corps, discharged in end of 1966, no promotion, no medals, (although injured twice), was single out because commanders did not like the “hard headed” soldiers. Therefore, I was sent to train 13 students, Marines to be trained at RNSL school (3) that was for Rangers, it was very strange. Major Nguyen Van Kien as Head of Trainning School, Discipline and Guide Officer is Lt. Giao, Van.

Before discharge, I was transferred to Battalion 5th. Marines of Capt Nha, then 2nd Company 5th Battalion, Commander, 1st Lt Phan, been single-out the entire time was there until discharged, 2 months later after the time of military service period (4 years 2 months). Because many sad memories of the soldier life, though not long, but remember the nostalgic picture of soldiers with the camo uniform and solid green hat. At any rank or any position in which we accomplished the task then we should be very proud, not ashamed of that. But I could not do that on my own, holding military record with 64 days penalty (discipline) to any commanders of your unit did not like the undisciplined soldiers. Mistakes were sometime made by myself, sometime many errors were made by my own commanders led me to become undisciplined. I am older now and lie sleepless nights to think about those old stories that made me ashamed of myself, but it is also funny sometimes...

Wishing on April 30,1975 all commanders that their disobedience of superior orders and not following the orders of the President, then the South might not fall into enemy hands. Even if we lost then we could have prolong for some time. Still have gun and ammunition, then we should shoot. Unfortunately, at the end only a few Generals retained their morale and heroism,and did not surrender to the enemy. Also I don’t understand those generals that were not there but had left their soldiers and escaped. Those who gave up and surrendered, accepted humiliation and prison camps. I guess those who also think that government would have three or four elements that would be able to keep their money and fame. Generals who do not die with the loss of our country. The country was no longer there, but they are still alive. I don’t know in military school for tactics, is there a tactic lesson for commanders to surrender? For me, I don’t think there is one. I found there is not one in Japanese Army. So therefore as Japanese Emperor surrendered, the lesson of “seppuku” (4) to preserve morale and honor. Is it wrong of me, the focal concern of the old soldier after many years of still hurt?. Why do I write this long letter since you have not recognized your old soldier. I don’t know if you remember when looking at the pictures again? If I have said anything wrong please forgive me.

The purpose of contacting you is to remember the images on the old soldier with camouflague fatigue (uniform) which I cherish and burdened those soldiers, with a heavy 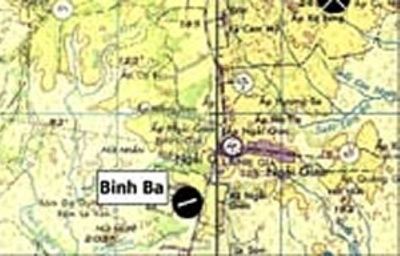 Wish you and your family peace, good health.

Old wounds in me seemed to break out after reading the whole letter by former Sergeant Tran Van Cua. As company commander of Company 1/ Battalion 4 / Marines in the Battle of Binh Gia, I was seriously wounded with three bullets. Left alone with the AR15 rifle and 15 rounds, I had crawled for 3 nights 2 days to see all of you military suppose before the port village of Binh Gia on January 3, 1965. In early December 1964, premonition before the big clash, I ordered the platoon leader must take the M1 carbine rifles instead of Colt 45 as before. I held the last AR15 brought to trial on the battlefield. Only one for a company. I also just recently promoted to 1st Lieutenant and right on my 25th birthday. I would like to clarify the commanders battalion 4 / Marines of combat at Binh Gia Major Nguyen Van Nho was Battalion Commander, Captain Tran Van Hoan was Battalion Commander Deputy, 1st Lieutenant (a new promotion of 22/12/1964) Tran Ngoc Toan – Company Commander / Company 1, 1st Lieutenant Do Huu Tung – Company Commander / Company 2, 2nd Lieutenant Trinh Van Hue – right Company Commander / Company 3 and 1st Lieutenant Nguyen Dang Tong – Company Commander / Company 4. I was fortunated wounded and stayed in the Korean Military Hospital in Vung Tau. After 5 months of treatment, I was determined as type 2 (non combat) and discharged with a pairs of wooden crutches. An officer came from the School of Military Academy of Da Lat, I continued to serve in the Marine Corps in the rear base, then returned to combat in October 1973 serving until the end of the Republic of Vietnam, 30 April 1975.

Binh Gia pain is still with me til now. According to members of a VC in the district, I heard of a “Chieu Hoi” (5) in 1969, and his memoir, "Two thousand days in the Cu Chi Tunnels" by Duong Dinh Loi. Hanoi was known for gathering crowd VC in 1954 the communist North Vietnamese soldiers entering the South since 1958. In late 1964, the 9th. VC Division established by Tran Dinh Xu as commander in the Southeast with Regiment 261, 262 and 263. They brought the Regiment to occupy the village of Binh Gia suppose on December 20, 1964. After this battle, VC Regiment 261 was very heavy damage and wiped out on the battlefield. Still, some general do not mind, so ARVN Airborne Division's was in the same battle with Division 9 of VC at Dong Xoai (battle), Phuoc Long Province. While some generals are worried about power struggles after President Diem coup 01/11/1963, assigned full rights of soldiers to the low cloud of incompetence and irresponsibility. After, have the 2 battalions of Rangers with the Armored Battalion attacked the village of Binh Gia and failed, they jumped into a helicopter carrier battalion 4/ Marines to the battlefield. Battalion 4/ Marines, the last reserve unit of the corps III. Marines and Army Rangers were knocked VC out of the village in December 30, 1964. That night, the VC tried to retake by military forces but do not and have to withdraw. A helicopter of the United States Army, stationed at Vung Tau was notified by US Advisor of the U.S. Marines, under VC fire chase. Due to lack of experience and despite the enemy, the helicopter was shot down by VC and crashed in the abandoned rubber plantation, near the village Xuyen Son about 4 miles from the village Binh Gia.

Dawn on December 31, 1964, while some generals was busy organizing dance in Saigon, the ordered of Corps III forced battalion 4/Marines to march into the area to find wreckage of U.S. helicopter was shot down. Battalion Commander of battalion 4/Marines declined drastically, with news from Binh Gia Parish Father who said to VC army up 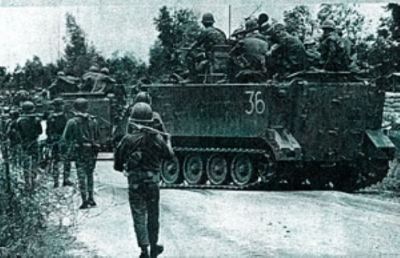 According to the testimony of two U.S. advisors of the surviving unit, Colonel Franz Pete Eller of Solana Beach, CA, and former Captain Phil O. Brady of San Francisco, CA, before the fierce reaction of the Maj Nho, the United States Military Command in Saigon, MACV pressured the ARVN General Staff to ordered Battalion 4th.Marines to get on with the operation of collecting four dead people of U.S. helicopter crew, though without artillery and air support . Company 1/ Battalion 4th.Marines found dead bodies when the helicopter with four crew, The Marines saw dead bodies laying in row of Company 2 as VC stripped off all the clothes. Lieutenant Nguyen Van Hung in the middle of military troop. U.S. helicopters were flying in to pick up the four U.S. aircrew lost. There were 12 VN Marines bodies waiting for Vietnam helicopters. Finally, units must arranged load after 2, 3 hours of waiting, when it was too late.Summing up the loss in the battle of Binh Gia on the battalion of 4th. Marines including 122 deaths and nearly 300 wounded in the battle. Of the 122 Marines and soldiers have sacrificed Battalion Commander, Battalion XO, Battalion Military doctor, a Company Commander, 2nd Lieutenant Trinh Van Hue came from Dalat Military Academy School 17. Specials include two new graduates 2nd Lieutenant from Military Academy School 19 joined the units on 15/12/1964 is the 1st graduate Vo Thanh Khang and Nguyen Van Hung. When the class 19 at the Dalat Military Academy matriculated in 1962, three 1st Lieutenant, Nguyen Dang Tong, Do Huu Tung and Tran Ngoc Toan were Class 16. The new officers from Class 19 present Battalion 4th.Marines included: Lieutenant Vo Thanh Khang, Tran Ve, Do Huu Ai, Thai Van Bong, Nguyen Van Hung. No one had received the first paid promptly as Lieutenant. Look at the damage, one could see that not only have 100 non-commissioned officers and soldiers who sacrificed for the country that have killed up to 22 officers. Because of severe pain in my heart restless brought from the battlefield back to Binh Gia, for more than 40 years, so in June 2006, I voluntarily to Vietnam Center of Texas Tech University, Lubbock, TX to discuss the Battle of Binh Gia before the Americans. I've come to pay the last respect to all the commanders, my comrades and friends, as a former Battalion Commander of Battalion 4th.Marines. I also became, as a U.S. citizen, when every day sees U.S. soldiers fall on the Iraq battlefield, the U.S. television networks, including the children of Vietnam refugees. Apparently, Americans have not learned "valuable lessons" from the Vietnam War with more than 58 thousand soldiers who died ... 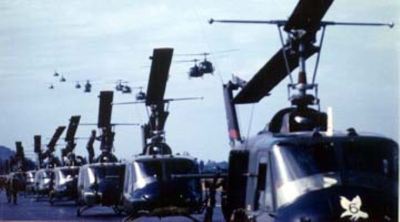 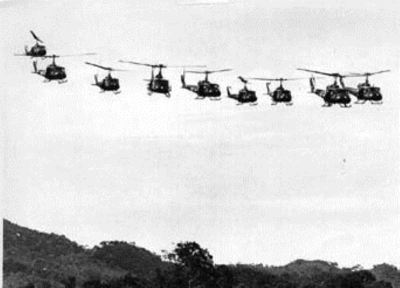